Since 1990 the company’s international activity has continued to expand.
Thus, since the creation of the M.C.M. company, the following actions have been undertaken : 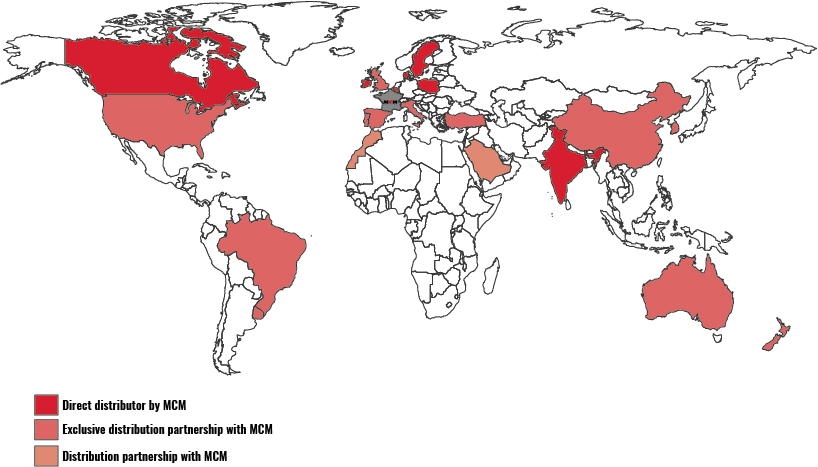 M.C.M.’s international activity represents an average of 30% – 40% of its total sales however, its medium-tern objective goes beyond 50%. Indeed, efforts are currently under way to market our equipment on the American and Asian markets.